Famous pollsters Gallup need to get the fuck over themselves.

In the first two weeks of November they conducted their Health and Healthcare survey.

The had responses from 1,015 random adults living in all 50 states and Washington DC.

The results were that, in the past decade, there has been a marked increase in the number of people reporting that they weigh over 200 pounds and that more people are okay with that (as in they don’t view themselves as “overweight” and/or they are not trying to lose weight).

Gallup says this is evidence of the failure of the war on obesity.

Or it could mean NAAFA’s (National Association to Advance Fat Acceptance) campaign of normalizing fat bodies and ending bullying is working.

Guess which one I agree with?

Has Gallup considered that maybe the body positive movement and fat acceptance movement means that people are less freaked out about their weight and thus are okay reporting their weight?

That’s a good thing.  More accurate data.  People who aren’t ashamed of a number on the scale.

Guess whose data I think is more likely to be a true indication of the trend?

I wish Gallup was right; because we know dieting mostly leads to weight gain (and numerous other physical and mental health issues).

So I would not find that horrifying news.

I would celebrate it.

People finally understanding that weight is not the issue – overall health is the issue!

That would make me happy right down to the tips of my fat old lady toes.

“… a new approach is likely warranted to convince Americans of the need to curb their weight.”

So do you know of a way to achieve significant sustainable weight loss?

Because nobody else does.

So please … do tell.

Because if you have this knowledge, you could sit back and positively roll in filthy lucre instead of bothering people with your stupid fucking polls and stupid fucking conclusions. 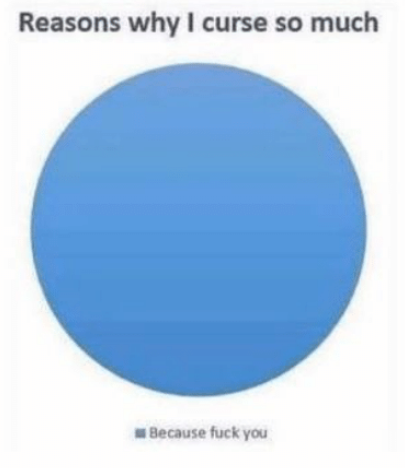