When I first moved to Los Angeles, I loved Hollywood Boulevard.

This was before it was all cleaned up and made Disney-friendly.

Right across from Mann’s Chinese Theater was one of our favorite stores – The International Love Boutique.

It was not about love.

It was about sex.

And browsing through their inventory was quite entertaining and educational for a 20-something girl from Michigan.

And they were all about safe sex too – having a whole gallery of what they referred to as “french ticklers” and specialty condoms!  All behind glass and tastefully displayed and lighted.

But my favorite part was downstairs – in the “Sex Museum”.

This was kind of embarrassing – not because the displays were so salacious, but because all you really wanted to do was laugh.  Out loud.

The displays were made up of manikins – just regular department store manikins.

These manikins looked like they had been through the wars, and not on the winning side.

And they couldn’t really depict much because, let’s face it, store manikins are not known for their flexibility.

Some were dressed in latex outfits.  Never my cup of tea.

There was one display that was supposed to be pedophilia – with three manikins (1 man and 2 women, as I recall) dressed in what looked, for all the world, like Star Trek uniforms(!) – and there was one smaller manikin, fully clothed, being spanked (?).  Given the aforementioned inflexibility of plaster manikins it was not really clear what was supposed to be going on.

But what I truly loved were the naked manikins because the manikins in the sex museum did not have anatomically correct parts.

In fact, instead of genitalia, it looked like someone had taken a rock to the manikin’s crotch, breaking a hole in the plaster, and then stuck a wig inside the crotch, pulling part of the wig hair through the hole to look like –

Thick curly (like ringlets curly) wig hair, with no chance of seeing anything if there was anything lurking underneath all of that wig hair.  Not a willy or a cootchie in sight.

And these were not nice wigs.

These wigs looked like if they got too near a flame they would simply melt into a nice plastic puddle.

All in all, the whole thing was pretty hilarious.

And sadly, while the International Love Boutique still exists, it is now simply another souvenir shop peddling the same crap as the other souvenir shops up and down Hollywood Boulevard – described on Yelp as a friendly and cozy cute store.

Oh how the mighty have fallen. (But I’d still like a peek in the basement – just in case.) 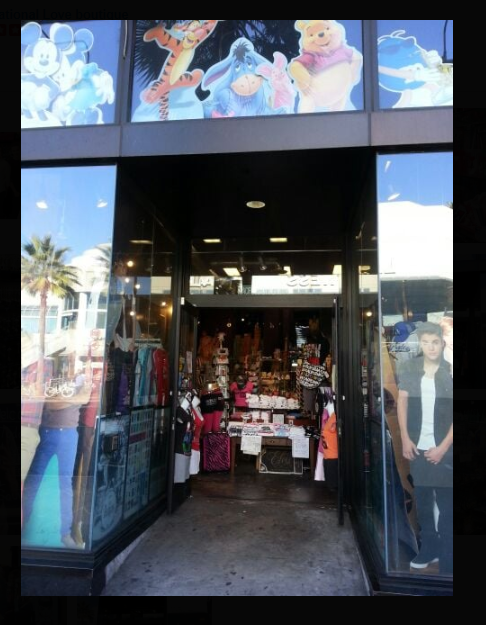