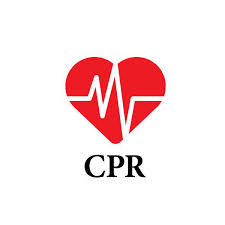 As soon as the holidays are over, I am finding, signing up for and taking a class in CPR and possibly other first aid.

Today, I was at our local Home Depot and one of the cashiers collapsed.

I don’t know what happened to her – she was behind me when it happened. I turned and, she was on the floor and another cashier was trying to waken her.  The cashier helping said the young lady was subject to panic attacks.  She was clearly breathing, and for a bit she became responsive, saying that she couldn’t breathe.  Then she became unresponsive.  Another employee was helping too – and he said she had a pulse, but to me she no longer seemed to be breathing.

I kept asking if anyone knew CPR, but nobody responded.  I do not know CPR.  By then, 911 had been called and help was supposed to be on the way.  I didn’t have a clue what to do that would be helpful, so I left.  I didn’t want to be in the way.  As I went to my car, there was still no sound of sirens coming to the rescue.  I have a really bad feeling about what happened.

I’ve never wanted to take CPR because I felt I didn’t want that responsibility – of being the one person who might be able to help.  I didn’t think I could deal with that kind of responsibility.  Now I know not being able to help is even worse.

I don’t ever want to be in the position where I might have helped if I had only had some training.

I hope I am never in the position again where something like this happens, but if I am, I hope to have some knowledge and skills so I can do something.

I can only hope that the young woman survived; and I wish I could have helped.