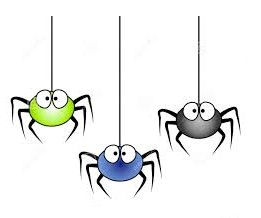 I am being held captive by a game I don’t particularly like, perhaps because I’m not very good at it.

The game is Spider solitaire.

It is one of the first things I bring up in the morning and the last thing I close before I shut down ye olde computer.

The reason I have Spider open and why I play it is – it is a magic program.

This little card program (I use the Microsoft version, which may be where it draws it power) somehow is able to break in when my computer is busy diddling itself (you know, when the drive light is solid green, even though you aren’t actually doing anything) and won’t let me do anything else. It also allows me to “watch” (okay mostly listen) to Netflix streaming when the streaming is being uncooperative. It also makes Adobe Flash admit that it has (once again) fucked my computer up.

Yes, sometimes, I have to use Task Manager to actually shut down a program, but first I give Spider a chance to do its magic, and a lot of the times, it works.

Just having Spider open is not sufficient though. You have to actually go in and play the game. No, I don’t know why. I am mere human, how could I hope to understand how Spider magic works?

So until the software computer gods actually get their collective shit together and fix all the cluster-fuckery their programs cause on my hardware, I will have to rely on Spider magic to keep me up and running.

And God only knows, it is the only running, this fat old lady is about to engage in.