As I have said, repeatedly, I grew up in a small-ish town in Michigan.

At some point, I knew that I wanted to move to a big city.

I didn’t want to be a big fish in a small pond.  I wanted to see what it was like swimming in the big pond.

I just wasn’t sure which big pond.

After visiting New York, I felt it was not right for me.

Everyone took themselves so fucking seriously.

Would it kill you people to crack a smile now and again?

I could only imagine how grim life in New York must be.

After visiting Chicago, I felt I really hated Chicago.

Of course, to be fair, it was the middle of winter with a nasty ice storm going on, but still – why would I move from the metaphorical refrigerator to live in the metaphorical freezer?  No way did I want to deal with that wind roaring down from Lake Michigan.

So – how about Los Angeles?

It was certainly a big city.

I had no interest in TV or movies, but it seemed a city that big would have some theater that perhaps I would be able to participate in.

But, I had never been to LA.

And, my sister Linda lived in the area – not LA, exactly, but LA adjacent.

So, I packed up all my crap and had it shipped to my sister’s house; and then me and my friend drove across the country.

I ended up in a lot of neighborhoods – first lived in Hollywood – first on Beechwood (the street that runs up closest to the Hollywood Sign) and then on Franklin in the Hollywood Towers (before it was gentrified – there was nothing gentry about the Hollywoo! Towers when I lived there); then I lived off of LaCienega and Melrose (West Hollywood area); then the Fairfax District; and then Silver Lake (at the top of a hill and then at the bottom of the same hill); then I moved to Panorama City (part of the infamous “Valley”), then to Van Nuys – went on the road with Bottom’s Up, and when I came back I lived in Sherman Oaks – on Magnolia, close to Burbank Boulevard.

Friends and family told me they wrote my address in their address books in pencil.

I have smart friends and family – for the most part.

My first job was in the Garment District.  I got my job with Neal Rimer through the accountant for the garment manufacturer I was working for – his offices were in the Wilshire District; and then he moved his offices to Encino  – hence my move to the Valley.

LA is an amazing place to live.  There is, literally, something for everyone.  I don’t know if it’s still true, but it used to have the best shopping in the world (imho).  Little local stores tucked away – where they had the coolest things.  I hope LA hasn’t lost those little treasures.

Venues for performance abound.  Theater groups, colleges, piano bars.  Seemed I always had something going on.

The biggest downside of LA – it’s crowded.  So fucking crowded.

Not San Francisco or New York crowded; but still too fucking crowded.

It’s expensive too – but then so is the Bay Area where I live now – but it seems jobs pay better up here than they do in LA.

You live in LA, you will meet so many different types of people – something else I loved about it.

And besides, I think I mostly miss the LA that lives in my memories, which probably has little to do with the reality of LA in 2020. 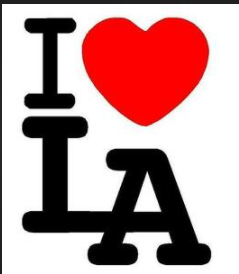