Spoiler alert – I will be talking about specifics, particularly about the ending of this book.  If you plan on reading this book and don’t want to hear about what happens – this can wait – and after you’ve read the book, I’d love to hear your thoughts.

I approached this book with some trepidation – mostly because I had not heard anything about it in the fat community.

I have to say, it is a mixed bag; but it is full of things to think about.

It follows two different women, who decide to participate in the making of a documentary of a group of fat women spending a month at a retreat (Waisted) and learning how to improve their lives, their health, their relationship with food and their bodies in the name of weight loss; but instead end up in a Biggest Loser Type nightmare.

In the first place, two women, Alice and Daphne, are about a size 18.

So, to me, a super-fatty, this seems like much ado about nothing.  However, I remember when, as a small-fatty, I still felt sooooo fat.

Both women face big events and they cannot find suitable clothing – in Boston (this is not some out-of-the-way place where plus-size clothing might be hard to find); in the day of the internet.  I call total bullshit on this.  This was once the case, but no longer – fat people can find nice clothing (especially when money is no problem).

One woman (Alice) has doting parents, but a husband who no longer finds his wife attractive because of weight gain after marriage.

One woman (Daphne) has a mother who cannot stand having a fat daughter (and has raised her daughter accordingly), but has a supportive and loving husband.

Both women have siblings who are not fat – so they are the only fatties in their family.

Both women have loving children of their own; and great careers.  Daphne is a makeup expert for the film and TV industry (plus she does pro bono work for people who have scars or skin conditions) and Alice runs a community center.

It turns out that the real purpose of the documentary is to show just how much humiliation and abuse a fat woman will put up with in the pursuit of weight loss.

They are forced to subsist on 800 or less calories a day and exercise for 9 hours a day; while being mocked, shamed and verbally abused by the people running the program.  They are told they are getting vitamins but are actually given amphetamines.

After putting up with this for almost 4 weeks, Alice and Daphne and the third member of their Waisted team (Hania) are trying to find a phone or computer so they can get someone to come get them (their phones, clothing, and most of their personal belongings are confiscated when they first come to Waisted); and instead discover a computer with footage from the documentary and the staff talking candidly about what their true agenda is.

The ladies steal footage, and then fake an accident so that an ambulance has to be called – and are able to escape.

Here’s where things get tricky.

Alice and Daphne are traumatized, but they have also lost a lot of weight and they love how they look; and are both intent on finding a way to maintain this weight loss.  They both live in fear that the weight will come back.

They also decide, with the help of Daphne’s kids, to put a stop to Waisted by releasing a video on the true aims of Waisted, using the footage they stole.  The video goes viral, and there is a lot of press, including an article in People – but oddly, all of that is in the background and is mostly ignored in the book.

Alice and Daphne are consumed by dieting and just as obsessed with food as ever.  Counting every calorie; trying to come up with “tricks” that will allow them to eat and still keep the weight off.  Daphne tries to get her sister (who is a doctor) to prescribe amphetamines (when the stash Daphne stole from Waisted runs out); but has to settle for CVS-caffeine loaded diet pills instead.

Alice and Daphne are both incensed with what was done to them, but they can’t deny the results and how much they like it.

There is a reunion of the 7 women who were at Waisted after 1 year; and we are told 2 gained all the weight (and more) back; 2 have gained some of the weight back; 1 has maintained; and 2 have lost more weight.

I know this is a ridiculously small sample size, but I feel like these results are not realistic given what we know about weight loss.  I don’t like that the book is implying that these tactics can work in any way.  Perhaps it can, but the chances of maintaining that kind of weight loss are vanishingly small.

In the end, both women look at why they feel the way they do about their bodies and food.

Daphne learns that she has to get over her mother’s years of (verbal and mental) abuse about being fat and move on and live her own life; and if she gets bigger, that’s okay.  She realizes that she needs to reestablish a relationship with food where it is something to enjoy, not something to fear or punish herself with.

Alice starts a program at her community center called “Smart is Beautiful”, to try to teach girls that there is more to life than what you look like; and encouraging girls to explore different avenues of success and creativity.  She also realizes that she was wrong to put all of the blame on her unhappiness in her marriage on her husband.  They start with honest communication and start working from there.  She also starts working to identify what truly makes her happy.  However, she still carries the fear of losing his affection if she gains weight; and while she understands that she wants girls to learn not to be absorbed with how they look, she still has that issue.

At the end of the book, both Alice and Daphne are still enmeshed, at least to a certain extent, in diet culture.  Both of them only care about weight loss in connection with how they look – to themselves and to others.  Neither has learned to truly love themselves – in particular their bodies.  And since it is never discussed in the book, we don’t even know what were the results of their video and the press coverage.

This book raised a lot of uncomfortable feelings in me, because I know how those women felt.  I questioned how I would feel and act in the same circumstances.  So I have to admit the book has given me many things to think about.

I think a lot of people will find this book triggering.  Hell, I felt triggered and I’m this fat old lady.  So if you do read it – be aware and take care of yourself and your feelings. 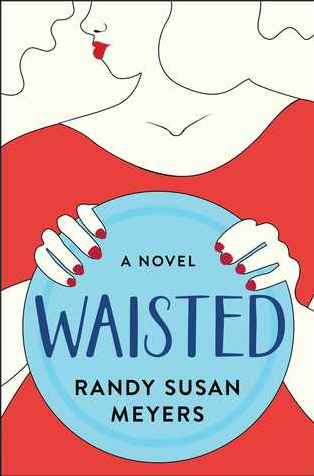 One thought on “THIS FAT OLD LADY’S FAT FRIDAY – WAISTED, A BOOK REVIEW”