I moved a lot when I lived in LA.

I used to say, instead of spring cleaning, I moved.

My family kidded me about how they never wrote my address in their address books in pen – always pencil.

My last apartment was on Magnolia, in Sherman Oaks.

It was not my favorite apartment, but it was okay.

It only had a window AC unit in the living room and that didn’t do much for the LA summer heat.  I didn’t have a dining room set, so when the heat was really bad at night, I’d open the windows in the dining area (it was the corner of the apartment), turned on a fan, and slept on a blow-up mattress.

Worked great – except the cats liked the mattress too.

Do you know what cat claws do when they knead a blow up mattress?

I could never find them all and patch them all.

So every night I’d fall asleep on a nice bouncy air-filled mattress, and awake flat on the floor.

Because I had an end unit – right by the stairs (single woman in LA – you know I had an upstairs apartment), I only had one neighbor.

Mr. Underwear was an older (to me – I’m sure I am much older now than he was then) man, who liked to walk around inside his apartment in his underwear.

Hey, no skin off my butt.

Except, when he’d hear me coming up the stairs, he always made sure he was at his door to greet me.

Thank God (that I don’t believe in) for screen doors.

He would hear me practicing my singing and he was always very complimentary.

And he would tell me how he played guitar and we should get together.

You gotta wonder what men are thinking sometimes.

Did he really think I would want to have a music fest with Mr. Underwear?

But outside of wanting to show me his tighty-whities, Mr. Underwear never got pushy about us hanging out (pun intended) together.

And I must say, he never did actually “hang out” that I ever saw.  He kept whatever he had politely tucked away. 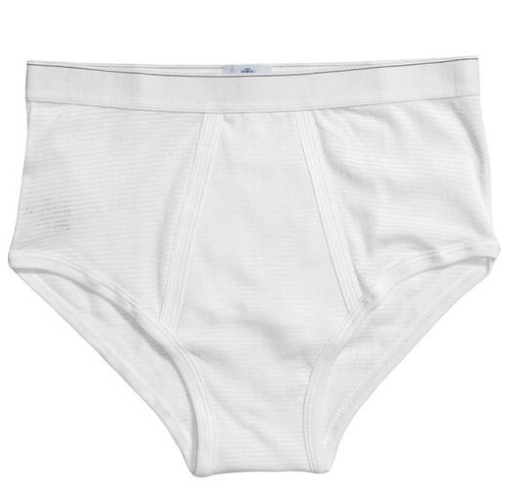