Yet another study has found fatties doing as well, and in the case of female fatties doing significantly better, than non-fatties.

Do you know what AF or AFIB is?

It is a condition known as arterial fibrillation.

Atrial fibrillation is an irregular and often rapid heart rate that can increase your risk of strokes, heart failure and other heart-related complications.

A researchers, studying ER patients presenting with AFIB, including a one-year follow-up, found that men did about the same, no matter what their BMI was.  So the fatties did no worse than the non-fatties.

But the women who were over-weight and/or obese, did significantly better than the non-fat participants.  This was true for all-cause mortality (including cardiovascular mortality).

I think it’s kind of funny that the researchers keep saying that the difference is only significant for the female fatties – but you can bet your butt that it was a surprise to them when the male fatties did AS WELL as the non-fatties.  You know they were expecting all the fatties to do terrible.

And the fact that the fatter – the better results in this study, you would think, is newsworthy!

So where are the headlines touting that there is one more notch in the obesity paradox belt?

I’ve said it before, and I’m sure I’ll have cause to say it again – fat people may be susceptible to certain health risks, but fat people also tend to be able to survive those conditions better than non-fat people.

And yes, it’s my personal opinion, but I think it can be attributed to evolution.

Fat folks have always been around and our bodies have developed mechanisms to deal with being a fat body. 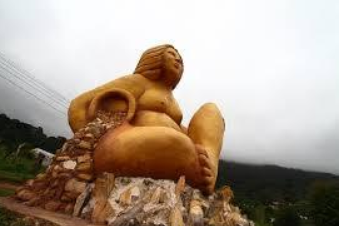 2 thoughts on “THIS FAT OLD LADY’S FAT FRIDAY – FAT, STILL PROTECTING YOU AFTER ALL THESE YEARS”