I have been intrigued by the recipes coming through my inbox for meals where you just throw everything on a cookie sheet, drizzle some olive oil over it and add spices, and toss it in the oven.

My kind of cooking!

So I finally decided to take the plunge.

I’ve been hankering for steak – so I pull out the recipe I have for:

What a fucking ton of work and pain in the ass this was.

Yes, I should have actually read the recipe before committing to it by buying all the ingredients.

In fact, you’d think I’d know just how much work this was when I typed the recipe into my recipe database.

But you’d be wrong.

Up until this moment, I had never tried to cook fresh asparagus.

I love asparagus – but as far as I am concerned, it comes in a can.

I had to actually Google how the fuck you “trim” asparagus.

Turns out it has nothing to do with tinsel or other forms of festive decorations.

You simply hold the asparagus spear and bend it until it snaps off, and throw out the end that doesn’t have those bud-thingies on it.

Well, now I do, and I think it’s a wonderful thing.  So fucking easy!

Sadly, my supermarket did not have any New York strip steaks cut ¾ to 1-inch thick.

For some reason, my supermarket decided to specialize in only thin-cut steaks that week.

So instead I bought two beautiful New York strip steaks that were more like 1 ½ to 2-inches thick.

I also bought “Montreal steak” seasoning – whatever the fuck that is.

So, it’s Saturday night and I’m ready to throw all these bits of deliciousness onto a pan and put it into the oven and then go relax until all turns into dinner!

The length of the instructions should have been my first clue.

As you can see, first you have to prep and back the potatoes for 30 minutes.

Then you have to Google how to trim asparagus, then actually trim the asparagus, and prep it.

Take out the potatoes and remove them from the pan.

Put your Montreal steak grill seasoning onto your two too-thick steaks (still wondering WTF is this stuff) and put the steaks and asparagus on your now vacant pan.

I said a hearty fuck-you to the idea of the butter mixture, because I had already invested in Montreal steak seasoning for those steaks, and imho, that is more than sufficient special attention for any piece of meat.

So you never get to relax, because once the potatoes are cooked, you have to check and/or do something every 5 fucking minutes!

And in the end, after all of that work …

It was fucking delicious.

It was so fucking delicious that I might even be convinced to do it again … some day. 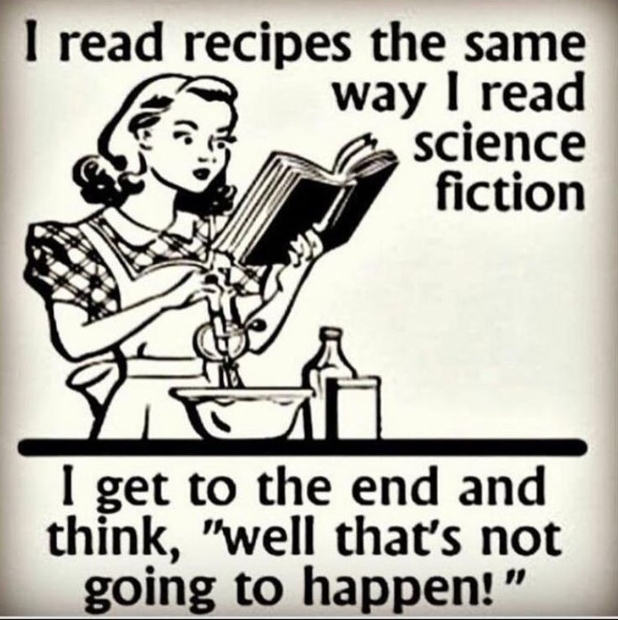