Does anybody remember Lee Press-on Nails?

Are they still a thing?

These were chunks of colored plastic you stuck onto your fingernails with double-sided tape.  This was back in the day before you could get a beautiful set of acrylic nails at six different places on each block.

Back then, your basic choices were grow your own nails or use Lee Press-Ons.

Well, as a life long nail biter, growing my own was simply never going to be an option.

It was the first show I did with the Mission Hills Dinner Theater.

It is where I first met Pamela Hall and Edmund Gaynes.

I knew who Pamela Hall was, being a big fan of Angela Lansbury and thus very familiar with the show Dear World.  Pamela played the ingenue in the original Broadway production.  I had heard her singing many times on my copy of the cast album.  Turned out I knew who Ed was too, although I didn’t realize it at the time.  He played Slightly in Peter Pan with Mary Martin!  Of course, they both had many other impressive credits but those were the ones I was most familiar with.

I was cast as the understudy to Hannigan; and eventually, took over the role.

But as the understudy, we did a pick-up rehearsal to run the blocking, but never a full dress run through.

When I took over the role, I decided that Miss Hannigan would have long red fingernails.

And, as I said, growing my own just wasn’t going to happen.

So I went out and bought some Lee Press On Nails in bright red.

They were gorgeous, and really stayed on!

Yup.  They really stayed on.

Right up until my first costume change.

Which was also a quick change.

That’s when I found out what it was like trying to unbutton and button a costume with Lee Press Ons.

Popping off and flying about the room!

I don’t know if the audience noticed that Miss Hannigan went from lovely long red nails to no nails at all after her first costume change.

If they had asked, I could have directed them to my dressing room floor where those nails were now residing.

Not only did I have to rip them off of my fingers (the ones that hadn’t already been popped off like fucking tiddly-winks), now the tops of my nails were all sticky.

But, of course, the show must go on – sticky fingers and all.

And despite this initial debacle, Miss Hannigan is one of my favorite roles (I’ve played her in 3 different productions, and I’m not dead yet).

And now I always play her with very short fingernails. 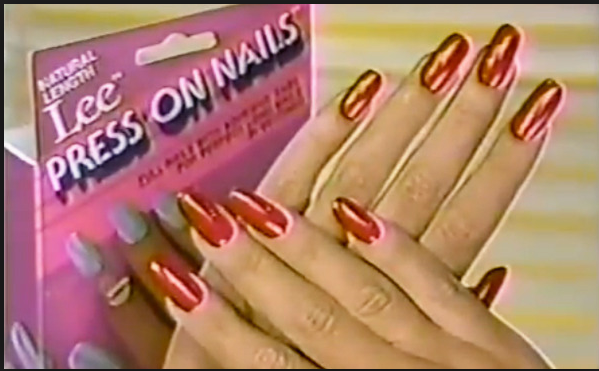