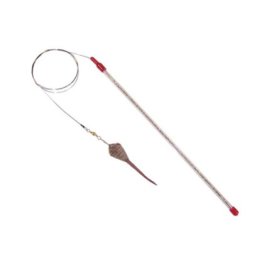 Ollie was sick for so long.  He’s still thin, but the little shit is making it known that he is feeling just fine now, thank you very much.

First, he started refusing his prednisone; even though it was mixed with his favorite of favorites – BUTTER.

Second, Ollie has not felt like playing for some time, but I pulled out their favorite toy to play with Leo and Ollie came running.  The toy used to be sold as “Da Bird” (even though there is nothing birdlike about the thing).  Now, I see it is sold as “Go Cat Cat Catcher Teaser Wand with Mouse Cat Toy.”  Doesn’t exactly roll trippingly off the tongue, but at least it describes the thing.  It is, indeed, a wand with a mouse toy on the end – but the mouse is made of deer hair, and something about it drives cats wild.  So wild, we have to keep it hidden away because otherwise, the cats would play with it incessantly.

Anyhow, Ollie and Leo were playing with the (capital T) “Toy”, and Ollie makes a leap for it, about 4 feet off the ground.  I know that’s how high because he was in front of our standing fan and his whole body was even with the top of the fan.  I have never seen him jump like that before.

And if I was in any doubt, tonight, I left a bit of crocheting unattended, and Ollie ate through the yarn.  I know have two very soggy (dripping) yarn ends, and a gray ball of fluff licking his chops in satisfaction.

Ollie used to eat holes in any hand knitted (or crocheted) items left about.  We never knew the attraction, but the holes spoke for themselves.  He has not done this in years.  Despite several yarn projects going through our home this past year.

But today, as I started work on a hat for my husband (he lost his when he took a tumble in the woods in Snowater), Ollie apparently had a craving, and now I can either wait for the ends to dry out, and tie them together, or attach a new piece.

So I declare Ollie well.

I am happy to say, also, that while some of the old Ollie is making a come back, he still is asking to be held and petted and cuddled.  Usually at inopportune moments when I’m busy.  Something about the sound of my fingers tapping away at the keyboard puts him in the mood for some loving.

Which is why this post is taking me so long to type.  Excuse me but I have a cat who needs more petting.

One thought on “THIS FAT OLD LADY’S YARN”